Ahimsa is an acrostiche for:

Through innovative models, Ahimsa Fund aims to develop new leadership and forums for exchange, where everyone benefits from interacting with others and where everyone can contribute to this change.

Through the will to make Good Health contagious, we need to rethink the models used, while maintaining the basis for a partnership involving as many players as possible.

Everyone needs to be involved in order to make a whole and discover each other. Teamwork consists in making one’s skills, experience and expertise available to all. It is not about keeping for ourselves the talents we have been fortunate enough to receive. We need to combat these isolated ways of working. Instead of opposing them, we must bring together the antagonisms that make up our society, between young and old, rich and poor, men and women, profit and charity, religions, cultures, to make a common search for Sense.

Through new models and new incubators, Ahimsa Fund aims to develop new leadership and forums for discussion and meetings, whereby everyone benefits from interaction with others and everyone can contribute to changing the world.

Ahimsa works in different regions of the world with a network of high level partners, developed for more than 40 years.

Ahimsa Fund is also involved in various initiatives which support healthcare innovations with social impact in order to share its expertise as member of: 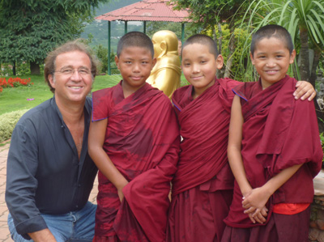 Jean-François de Lavison worked in the pharmaceutical industry for 29 years, holding various several international positions and participating in its
international expansion in Europe, Asia, the Middle-East, Africa and Latin America. He was appointed, in charge of Global Health and International Affairs. During the same period, he was Treasurer of a well known French family foundation. He has been elected President of the European Diagnostic Manufacturers Association (EDMA), the organization that represents the European in vitro diagnostics industry on a worldwide level. He was member of the Executive Committee of Stop TB Partnership, and the focal point of the private sector constituency. He was member of the Global Fund private sector constituency.

Jean-Francais has founded Ahimsa Fund, a non for profit organization (endowment fund) in 2012. He is also the founder, in 2009, of Ahimsa Partners which advises the worldwide Global Health stakeholders and promote dialogue amongst them around the world through innovative partnerships.

“I have spent the last 40 years of my working life traveling across every continent of the world, meeting people who are very different from me. These encounters have been extremely rewarding and have opened my eyes to many things.

I have discovered that our world, despite its difficulties, is worth fighting for and passing on to our children. I have discovered that, with regard to many aspects of access to healthcare for underprivileged populations, we have the necessary solutions but do not know how to share them and make them bear fruit.

I believe that we must rethink the models used while maintaining the basis of a partnership bringing together as many stakeholders as possible.
We need everyone to be involved in order to make a whole. We need to discover the culture of each one. We need to better work together.” 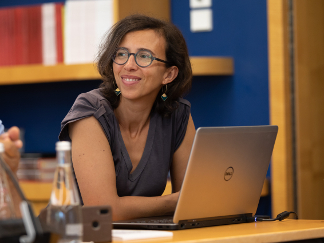 Olivia has been with Ahimsa Partners for 9 years and with Ahimsa Fund since its inception. She has had different professional experiences in fields such as events, publishing, teaching, construction and the food industry in Europe and Central America. She graduated from the European Business School Paris in Finance.

Olivia coordinates Ahimsa’s administrative activities and is in charge of event organisation and communication. Olivia is in charge of different projects on Social Innovation. Thanks to her international experience and language skills, she plays an important role in creating inter and multicultural bridges with Ahimsa’s different partners.