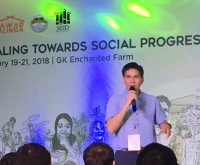 At the fifth edition of this summit, Gawad Kalinga showed that all of its efforts remain focused on the pursuit of its goal: eliminating poverty in the Philippines by 2024. This admirable organization is now facing the start of a new era, as Tony Meloto, its founder, has decided to take a step back. Tony del Rosario, a long-standing friend of Gawad Kalinga and currently CEO of Coca-Cola Singapore, will be taking up the baton. We have no doubt that Tony del Rosario will bring the same ambition and fervor to the pursuit of GK’s development, and we wish him every success in this new challenge.

Leave no one behind.

One of the many of initiatives hosted at GK’s Enchanted Farm is the SEED.
Students selected from some of the country’s poorest communities gave emotion-filled presentations of their stories, plans and dreams, on stage. By rebuilding the students’ confidence and believing in their abilities, the SEED mentors draw out incredible potential. The students are keen to prove that they are worthy of the opportunity given to them to build a better future, and are already saying that they want to give back in return for what they have received.

[su_box title=”SEED: The School for Experiential and Entrepreneurial Development” box_color=”#4F85C0″]SEED provides an education-based solution to rural development. It is the first school for social entrepreneurship for the poor, which serves as a model for rural development through education and hands-on learning mentored by an international team of social entrepreneurs and innovators. SEED prepares students to create social enterprises that will develop rural areas through rural job and wealth creation. It serves as a pilot that will be replicated to provide a quality education to thousands in communities across the Philippines.[/su_box]

Social entrepreneurship is about freedom.

Every year, more than a million volunteers from the Philippines and around the world help to build GK communities: to date, the association has created more than 2,500 GK villages throughout the country.

Every year, more than 300 students, mainly from the top European schools and universities, lend their services to the Enchanted Farm on a work placement. Often, they extend their stay or return at a later stage.

Unlike their elders, who were motivated by the call of the business world, these students are convinced that entrepreneurship must enable individuals to gain freedom, that the workplace should be a source of opportunities and a place to share values and work for the common good.

See you at the top!

Beneficiaries and partners alike have demonstrated over these three days that, by leaving no-one behind, everyone is a winner.

Poverty is a daily reality for these young Filipinos, but Gawad Kalinga is showing them that they can fight back and become entrepreneurs of hope. This is the miracle of their lives. 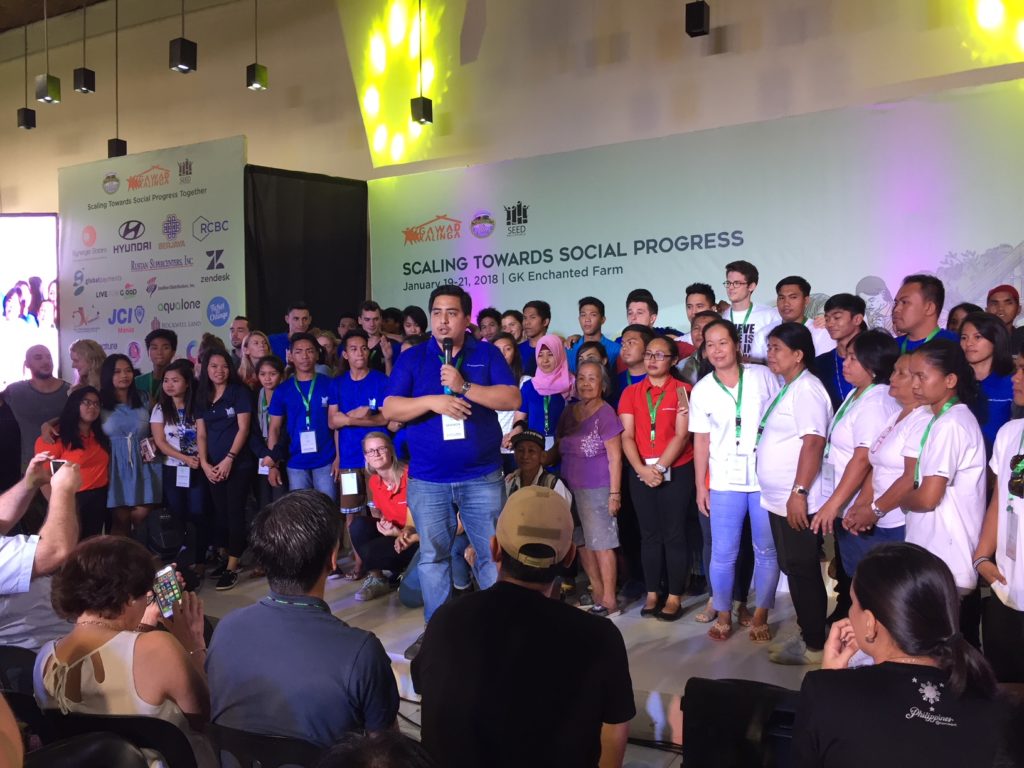 They are born poor but will not die poor!

"Never do alone what can be done in partnership. We all hold a piece of the complex puzzle that is this world."