FOSTERING A NEW MOVEMENT FOR HEALTH ACCESS
FOR THE MOST VULNERABLE PEOPLE
JUNE 22-25, 2021

COVID-19 pandemic is one of the most dangerous challenges the world has faced. This virus is unprecedented in our lifetime and requires an unprecedented response. We must work together on new models because our world of tomorrow will never be the world of yesterday.

This 4-day virtual event aims to strengthen and build new forms of resilience, break down silos, and sharpen the focus on global health among worldwide stakeholders.

We will bring together many of the groups traditionally perceived as in opposition to one another in an atmosphere of tolerance, respect, sharing, and open-mindedness, to provide concrete solutions to the world’s most pressing health problems. All of us will have to change our mindset.

During this event, we want to give visibility to the artistic life in our partners’ countries, to understand their cultural roots, and to give them special attention during this health crisis, which has put culture on the backburner. To this end, we will propose an inspiring artistic interlude each day, with contributions from artists from around the world. We thank Kwame Rigii for allowing us to use his music during this event.

Summaries of each session are available in our blog. 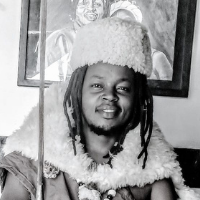 Kwame Rīgīi is a renowned Kenyan musician who describes his music as urban folk. This award-winning vocalist has been in the music industry for over a decade and has released four albums. An electrifying performer with a distinct sound and peerless range, over the years Kwame has galvanized a sizeable base in Kenya and the Kenyan diaspora. But his body of work covers a wider land: Kwame is a passionate teacher of the culture and traditions of the Kikuyu people. He runs a cultural centre named Tūrī a Mūmbi (“we belong to Mūmbi,” Mūmbi being the mother of the Kikuyu people) in the scenic setting of Tigoni, outside the capital, Nairobi.