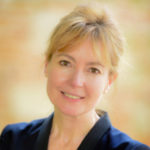 A graduate of HEC (1985), Béatrice Garrette is currently the Executive Director of the Pierre Fabre Foundation, a foundation recognized as a public utility whose mission is to improve access to medicines and quality healthcare in less developed and developing countries. The Pierre Fabre Foundation acts in 15 countries, mainly in Africa and South-East Asia, within four main areas: training of drugs specialists, struggle against sickle cell disease, dermatology and access to quality healthcare, which led to the creation in 2016 of the Global South eHealth Observatory, designed to identify, document, and promote eHealth initiatives that improve access to quality healthcare and medicines for the most disadvantaged populations in resource-limited countries.

Prior to joining the Pierre Fabre Foundation in 2013, Béatrice Garrette was President and CEO of Malesherbes Publications, a publishing company, belonging to Le Monde group, which edits the weekly news magazine La Vie.  Until 2011, she led the photojournalism agency Sipa Press and its US subsidiary for 9 years.

Formerly, Béatrice Garrette began her career as a Publisher in the Bayard group (1986-2002). She has developed youth education press worldwide, including two years based in London in partnership with HarperCollins, and special interest magazines about science and nature.

Beatrice Garrette is Knight in the Ordre National du Mérite.