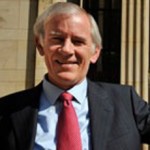 Brian Brink is a rarity in the world of business: a company man at the forefront of the fight against Aids in southern Africa.

As chief medical officer of the mining group Anglo American, there isn't much he doesn't know about a disease that has decimated parts of the continent. Anglo is South Africa's largest private-sector employer and HIV affects 12,000 of its employees, or 16% of its 70,000-strong permanent staff.

The implications are enormous. Brink recalls the sense of panic when the scale of the challenge became clear. "There was a time when investors were getting on the phone and asking whether the disease was going to bring down the organisation. We were training two people for the same role in case one died on the job. It was that bad."

Brink has a wide brief, sitting on the boards of half a dozen South African and international not-for-profit organisations whose mandate is to stamp out the epidemic worldwide.

"About 95% of our operations are in developing countries, where the disease is most widespread, so it's in our [financial] interests to tackle Aids."

But South Africa is at the centre of Anglo's global empire, producing about 51% of group operating profit and generating 48% of turnover. So what happens here matters more than anywhere else. Brink says: "Not only is it a moral imperative to get on top of the Aids problem, it's also good for business, and the wider South African economy. The prevalence of Aids and HIV [the virus that leads to Aids] probably lops 1% off the country's GDP."

Brink was born in Johannesburg in 1952. His father was a lawyer but he decided to study medicine at the University of the Witwatersrand in Johannesburg. He got a partial scholarship for his studies from Anglo. He became the company's medical officer in 1981, just before Aids emerged in California and a more than a decade before the end of apartheid.

He views the apartheid years with sadness and regret. He remembers his wife being delighted when the system collapsed but, after reading Nelson Mandela's autobiography, feeling guilty that she had not done more. Brink feels the same.

"On the other hand, I can now travel the world without feeling shame or embarrassment about South Africa. We have a good, vibrant democracy and we are learning as we go along. But as far as HIV is concerned, there is much to do."