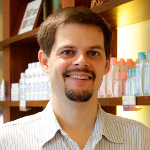 Dylan was born to a poor family in England. At the age of 20, he was granted an interest-free loan of £2,500 by the Prince’s Trust and started Gameplay, a business selling computer games.  After five years, he had built Europe’s largest direct selling computer games business. When Dylan was 25, Gameplay was listed on the London Stock Exchange, the first .com business on the LSE, making him the youngest director of a public company in the UK at that time and the 9th richest man in the UK under the age of 30 (according to The Guardian newspaper).  He bought himself a Ferrari, a Porsche, several BMWs and travelled to work by helicopter.  But despite his high flying life, he wasn’t happy.

Dylan decided to seek something more meaningful and so he traveled the world in search of adventure and purpose.  It was a Filipino friend who finally led him to what he was searching for.  After hearing about Gawad Kalinga, a slum redevelopment program, he flew to the Philippines in January 2003 for a closer look and was astonished by what he saw. In April 2003, Dylan returned to the Philippines planning to stay for 6 weeks, yet he is still there. He spent 5 years coordinating Gawad Kalinga’s international partnership efforts, then in November 2008, he started Human Nature, a social enterprise, with his wife Anna and sister-in-law Camille Meloto.

Human Nature produces natural, Philippine-made personal care products and aims to provide livelihood for 100’s of poor communities. As of September 2014, Human Nature has 29 branches in the Philippines, as well as distribution in the USA, Malaysia, Singapore and the UAE and has sold more than 12 million products in the last five years.