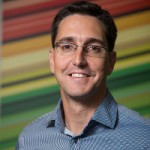 Dr Francois Bonnici originally trained as a doctor in South Africa, graduating top of his class at the University of Cape Town’s medical school. He subsequently read for a Masters degree in Public Health (London) and a MBA on a Rhodes Scholarship at the University of Oxford’s Said Business School, where he was awarded the prize for the best overall MBA student. He was then recognised as a Global Leadership Fellow of the World Economic Forum based in Geneva, where he undertook a three-year mid-career academic and personal development programme, culminating in a Masters in Global Leadership conferred by the World Economic Forum. He later became the Head of Africa for the Forum’s own foundation, the Schwab Foundation for Social Entrepreneurship, where he still acts as Senior Advisor.  He assisted the University of Cape Town’s Graduate School of Business to envision and establish a new centre for social innovation, where he has started as the Director of the Bertha Centre for Social Innovation and Entrepreneurship from the end of 2011.

He has worked in paediatric clinical medicine; led humanitarian and development programmes; built and worked on public-private partnerships on a global and national level; managed development funding; and consulted to UN institutions, country governments, for-profit social businesses, and non-profit social ventures. He has published in health and development and was the Contributing Editor to the MIT journal’s special edition on "Social Innovation in a Post Crisis World", launched at the Annual Meeting in Davos, Switzerland in 2010.

He consults and provides strategic advice to corporate and family foundations, to social venture funds and to high net worth individuals on venture philanthropy and impact investing on the African continent. He has previously worked with such clients as the Gates Foundation, Virgin Unite (the Virgin Group’s foundation), Save the Children, UNICEF, Bamboo Finance, LGT Venture Philanthropy, the Bertha Foundation and several families and individuals. He also has chaired the jury for Ernst & Young’s Social Entrepreneur of the Year Award for four years and sits as a committee member on the SEED Award’s International Jury.

Bringing together his passion for health, social innovation and entrepreneurship, he established a hybrid social venture with leading child health experts to develop medical devices appropriate for low resource settings. Powerfree Education and Technology is a South African non-profit that recently won the international INDEX Design for Life Award for its first product, and was awarded one of the prestigious Gates Grand Challenge grants.

He has been dedicated to stimulating social innovation in Africa and South Africa, helping to establish an environment in which social enterprises can thrive. To achieve this he organized and hosted the first meeting on Social Entrepreneurship in Africa in 2008, co-founded the African Social Entrepreneurs Network in 2009 and is a Trustee of Unltd South Africa that supports early stage social ventures. He is a regular speaker at both local and international conferences, business and foundation events, and universities.