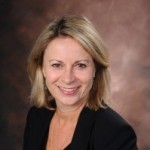 In January 2015, Rubinstein was appointed President & CEO of World Childhood Foundation USA. Founded in 1999 by Her Majesty Queen Silvia of Sweden, Childhood works on prevention of child abuse and exploitation. With over 100 ongoing projects in 16 countries, Childhood helps to ensure that all children have the opportunity of a happy childhood.

Before joining Childhood, Rubinstein played leadership roles for a decade at the Earth Institute (EI) of Columbia University and at the United Nations (UN). As a Chief of Staff of Prof. Jeffrey Sachs, Rubinstein helped develop and lead a plethora of innovative initiatives in health, education and sustainable development. She supported the ITU/UNESCO Broadband Commission and the MDG Advocacy Group of the UN Secretary General. Rubinstein also played a strategic role in establishing high-level partnership projects with academia, governments and the private sector in health, education, poverty alleviation and sustainable development.

Rubinstein is a Senior Research Scientist at the Earth Institute and Senior Advisor to the UN Sustainable Development Solutions Network. She also serves on several foundation and academic boards, and is a former member of the World Economic Forum Global Agenda Council.

Before joining the Earth Institute in 2005, Rubinstein was, from 2002 – 2005, the Senior Associate Dean for Institutional and Global Initiatives at the Columbia University Medical Center. In Sweden, Rubinstein was the Director for Research and Postgraduate Education at the Karolinska Institute (KI) (1999 – 2002), and was a director at Sweden's Medical Research Council (1997 – 1999). She is trained as a D.D.S. and holds a Ph.D. and is an Associate Professor in cell and molecular biology from KI.