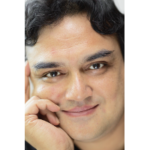 He is the editorial director of AARK ARTS and the editor of Atlas.
Sen is the first Asian honoured to speak and read at the Nobel Laureate Festival. The Government of India awarded him the senior fellowship for “outstanding persons in the field of culture/literature.”